The latest Dungeons and Dragons tabletop adventure has been revealed at D&D Live 2020. Titled Icewind Dale: Rime of the Frostmaiden, the module's story features a "modern horror" theme and will send players into the frozen north of the Forgotten Realms, first made famous in the Drizzt Do'Urden novels of the late 1980s and the 2000 Icewind Dale CRPG from Black Isle Studios. [caption id="attachment_236814" align="aligncenter" width="720"] 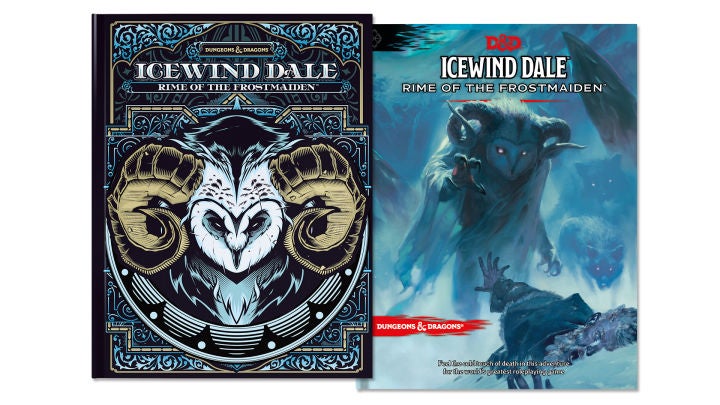 Cover art for Rime of the Frostmaiden for the standard edition (right) and alternate cover (left).[/caption] While many of the adventure's story details are still unknown, the design team says that DMs and players wanting to prepare for Rime of the Frostmaiden would be wise to watch (or re-watch) John Carpenter's icy horror classic The Thing, among others. [widget path="global/article/imagegallery" parameters="albumSlug=dd-rime-of-the-frostmaiden-art-accessories&captions=true"] "There are a number of inspirations," says Chris Perkins, D&D's Principal Story Designer. "At the Mountains of Madness, the novella, was an inspiration, but you’ll also see nods to things like Ridley Scott’s Alien and Stanley Kubrick’s The Shining, among other things. There are all kinds of little horror flourishes throughout... I thought dealing with the themes of isolation, paranoia, and secrecy made for a compelling story." It may not be about shape-shifting alien parasites (or maybe it is, I don't know), but the team says they're working hard to make sure those themes reinforced throughout the book, from player's character options - each character is recommended to begin the campaign with "a secret" - even down to the design of the book itself. "In the art, and in a lot of the descriptions, when you encounter people, if you encounter them outside, you can’t tell who they are," says Perkins. "They’re bundled up – it could be three kobolds in a trenchcoat, for all you know," he laughs. "That all adds to the paranoia and the mystery of the setting. ‘I don’t know what that shape is walking towards me.' It might be just a person, or it might be something else," he says ominously. [caption id="attachment_236815" align="aligncenter" width="720"] 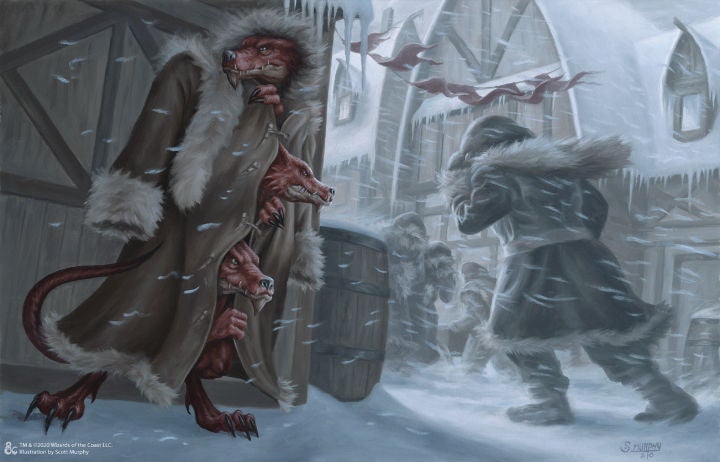 Artwork from Rime of the Frostmaiden[/caption] It isn't all paranoia and loneliness, however “Unlike some of our horror inspirations," says D&D's Principal Rules Designer Jeremy Crawford, "like any great D&D adventure, this one is ultimately about the people coming together and working together, because that is the lifeblood of D&D. That eve when the party might have competing goals, secrets, different motivations – at the end of the day, to overcome what’s ahead of them, the must unite.” And there's plenty to unite against in Icewind Dale, beyond the unknown evil of the adventure's namesake. In addition to a host of new monsters - which consist of both frosty ice-themed monstrosities and creatures that can be translated into other campaign settings as well - players will face a number of challenges and encounters that stem solely from the harsh northern climate of the region. "Throughout the adventure, you come up against dangers which, often, are not monsters but they are the environment itself. And this adventure, over and over, presses the adventurers to try to beat an encounter which is 'the weather,'" he laughs. "Icewind Dale is out to get you," adds Perkins. [caption id="attachment_236816" align="aligncenter" width="720"] 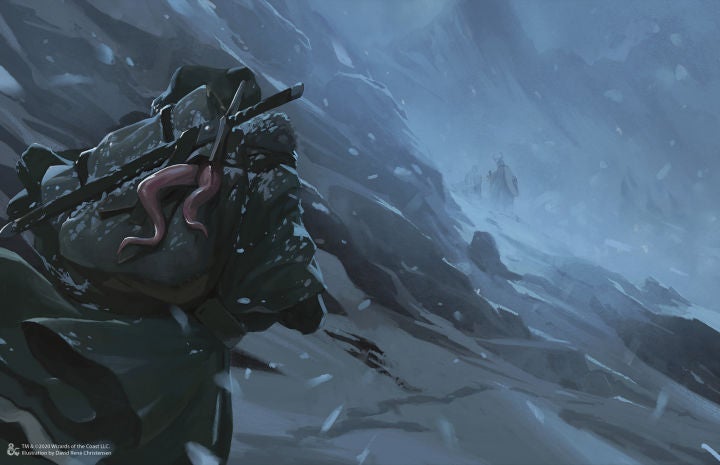 Artwork from Rime of the Frostmaiden[/caption] Coupled with these new themes and challenges are a number of structural changes and formatting updates based on feedback and critiques the team has received on other 5th Edition adventures. “A big influence was the Essentials Kit, and that relates to a piece of feedback we’ve gotten consistently for a number of years," says Crawford. "That DMs - while they do sometimes want giant epic stories – also sometimes want things that they can play through with their groups in more bite-sized chunks. And so this quest format is a big part of this adventure reflecting us listening to the feedback that they’ve received. And is a way to get both in the same product," he chuckles. "If you want the big epic adventure, it’s here, but also if you’d like some shorter adventures that you can experience, you get those, too.” [ignvideo url="https://www.ign.com/videos/2019/07/24/dungeons-dragons-unboxing-the-dd-essentials-kit"] "Another thing we’ve learned – and this is very granular," adds Perkins, "is that a lot of DMs don’t have as much time to prep anymore. So we’ve treated every chapter as sort of a self-contained thing and have a little walkthrough at the beginning, ‘Running the Chapter’, where the DM can get an overview of how best to handle the content in that chapter. How to read it, how to absorb it, how to use it, what’s important and what’s not, that sort of thing." 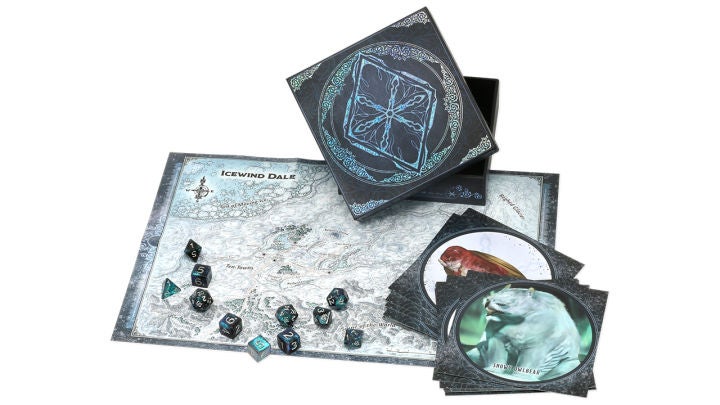 Icewind Dale: Rime of the Frostmaiden will be launching on September 15, 2020, alongside a new set of Dice & Miscellany accessories, WizKids miniatures (which you can see more of in the gallery above) and a new Platinum Edition from Beadle & Grimm's – to get a sense of the B&G experience, check out our unboxing of the first set with co-founder Matthew Lillard. For more on this year's D&D Live event, check out the latest Baldur's Gate 3 gameplay demo, new screenshots of the upcoming Dark Alliance video game (also set in Icewind Dale, but ~100 years earlier), or check out the official D&D Live: Roll w/ Advantage hub for a full schedule of the weekend's events. [poilib element="accentDivider"] JR is a Senior Editor at IGN and is very excited to roll up a human fighter named Rurt Kussell for this. He also urges you to donate to the ACLU or NAACPLDF if you're able. [poilib element="accentDivider"] [poilib element="accentDivider"]